WORKKI Komsomolskaia is the fourth project implemented by our bureau for the Workki coworking spaces chain.

The basic concept of the project is to create a comfortable setting for small companies and startups operating in large cities. The chief specific feature of Workki is that in addition to leased mini-offices a solid infrastructure is developed in a room: all residents can use meeting rooms, leisure areas and play spaces, receive personal mail through communitymanagers and hold working meetings in open conference areas.

This time a coworking space has fully occupied a standalone three-story building of a former Soviet cafeteria in downtown Moscow.

The building itself was built in the 1960s and has a very characteristic Soviet style and interesting architectural forms: round windows, loggias, a double floor height area with a huge round window, and skylights in the upper story. The building has also retained a historic staircase and partially brickwork. It was decided to clean all these elements and preserve their original outlook as much as possible.

The layout concept has been based on an idea of compact configuration of office spaces along the spatial perimeter, along the light front, and location of all public functions in the central, less lit part of the stories. At that, the offices have clear rectangular outlines, and the public rooms located in the center are grouped into rounded spaces, as if cut on one side with a glass plane. Due to smooth forms of these spaces, the corridors have been minimized by turning them into parts of an integrated space flowing from one area to another.

Thus, the perimeter part of the stories is made in a simple and laconic key, and the central part of the space contains more interesting and eye-catching areas.

Workki is in first place a project for young active people starting their businesses, working hard and ready for any bright and interesting ideas. Proceeding from this, we wanted to create an open and comfortable atmosphere conducive to staying here a long time. In each part of the office there are projected leisure and joint activity areas, in all parts booths forSkype-calls are provided for in which you will not be heard by people around, all areas are made to be functional and convenient for residents.

Each of the three stories of the coworking space is executed in its own color pallet: the first story is highlighted blue, the second one in green, and the third one in yellow. 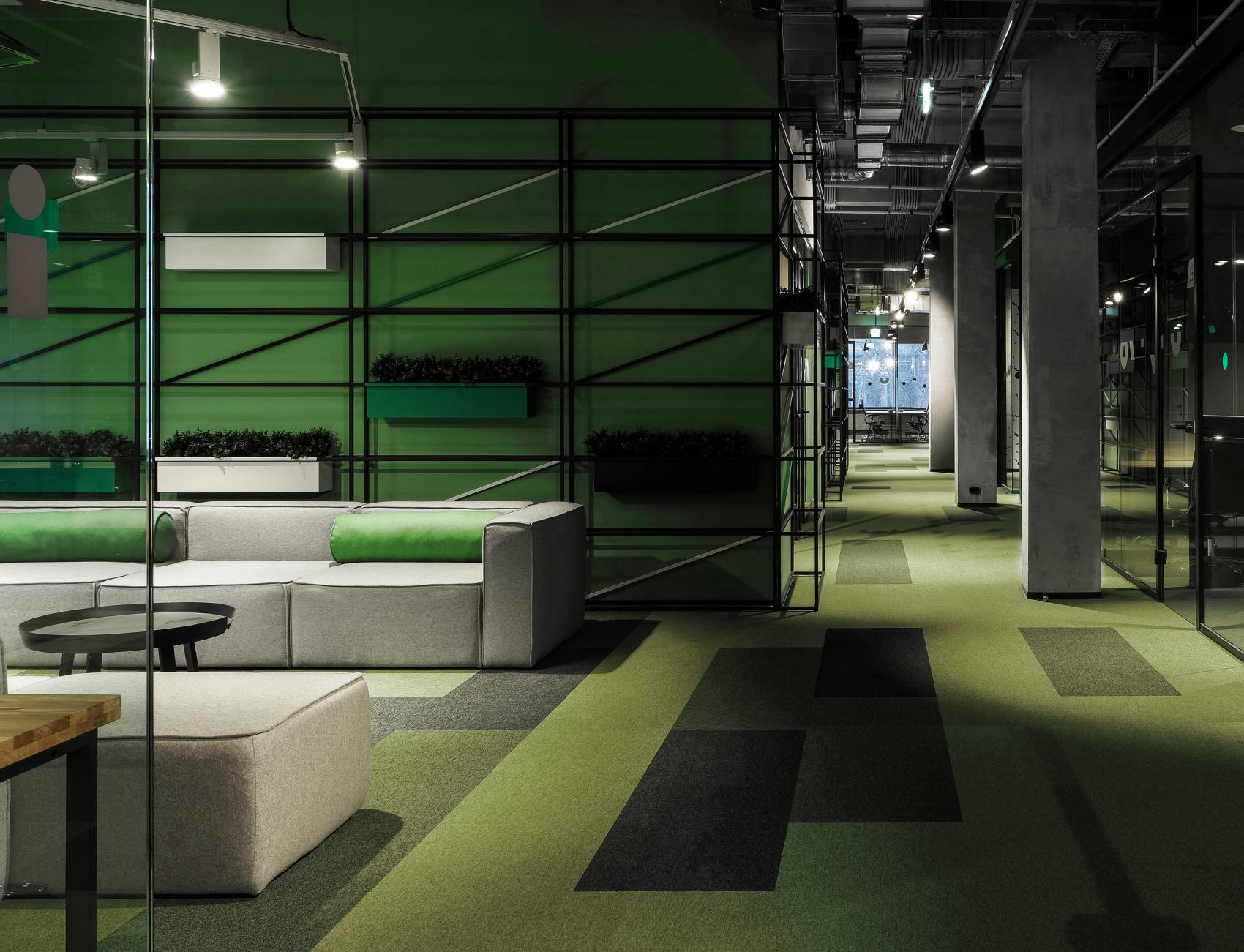 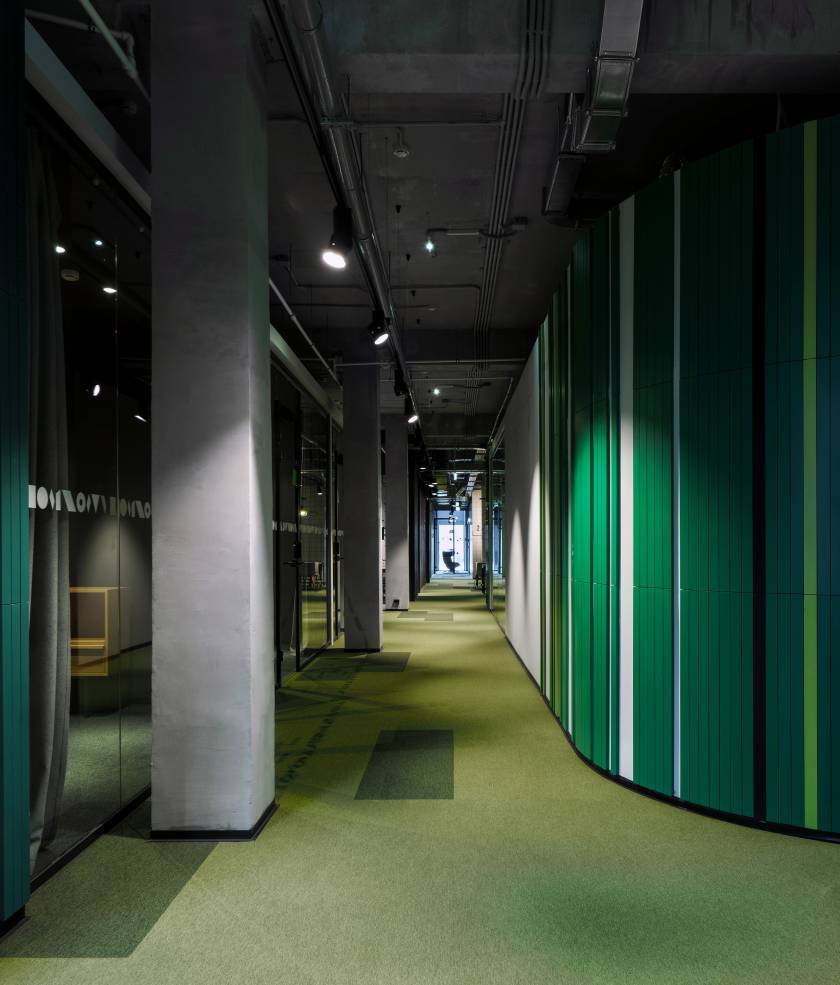 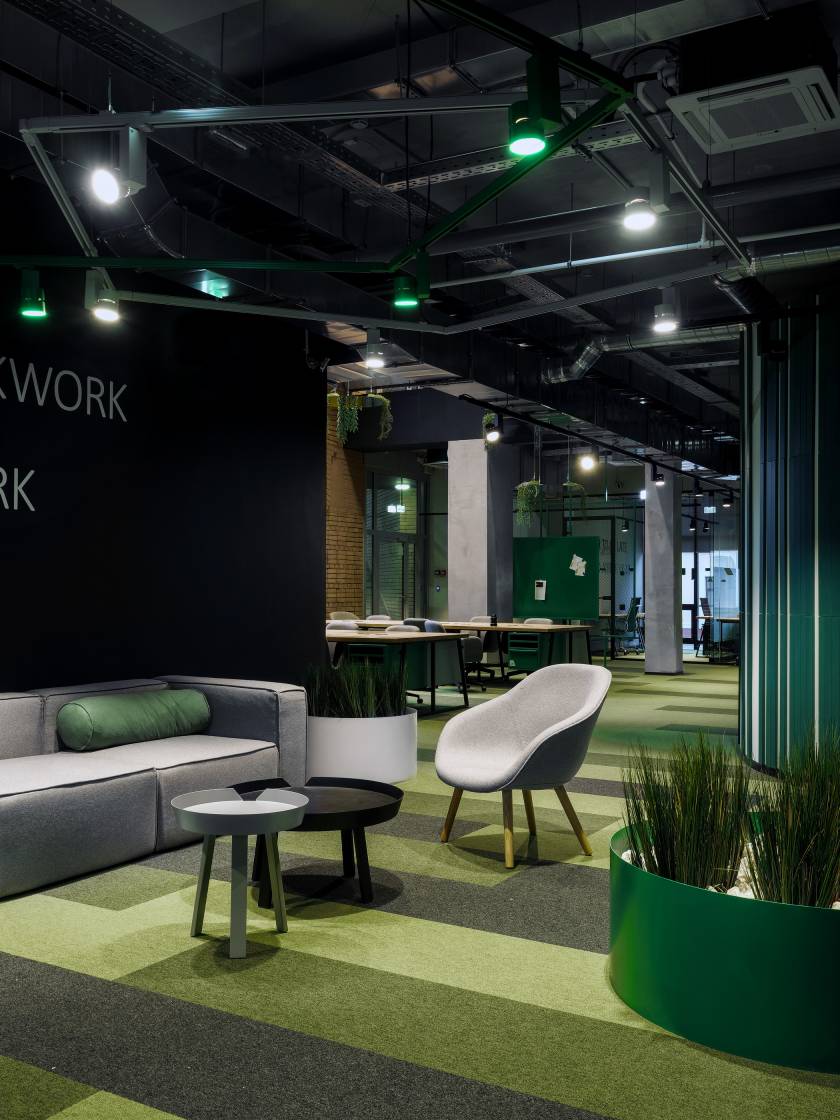 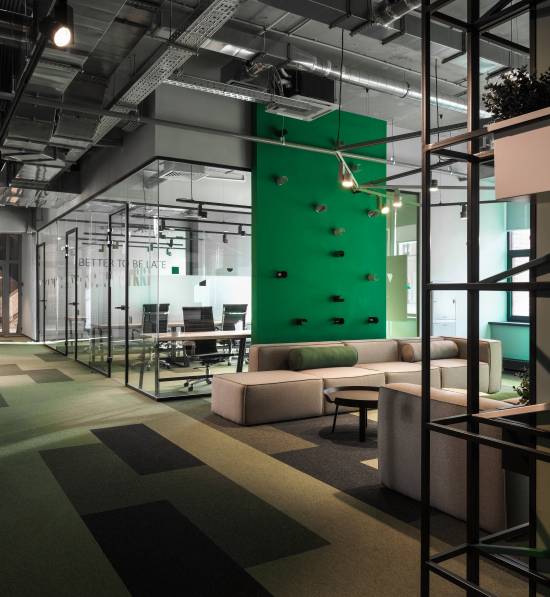 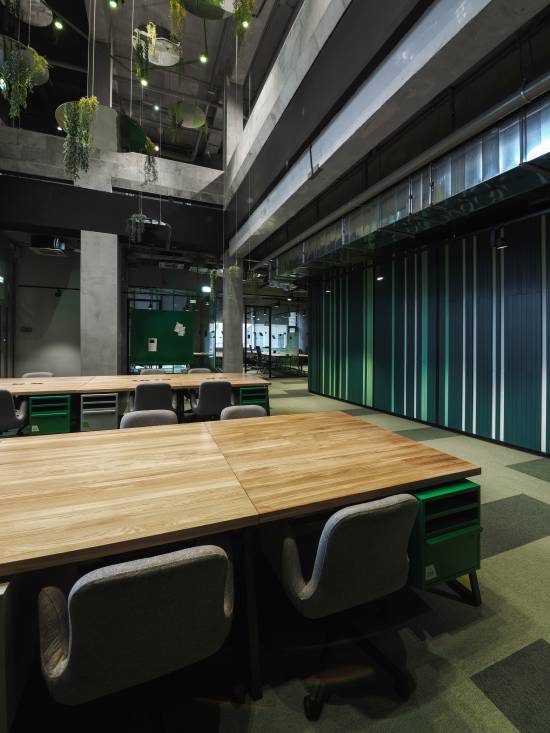 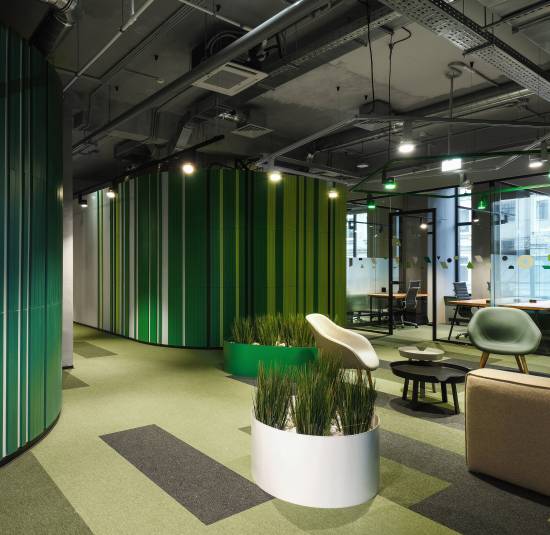 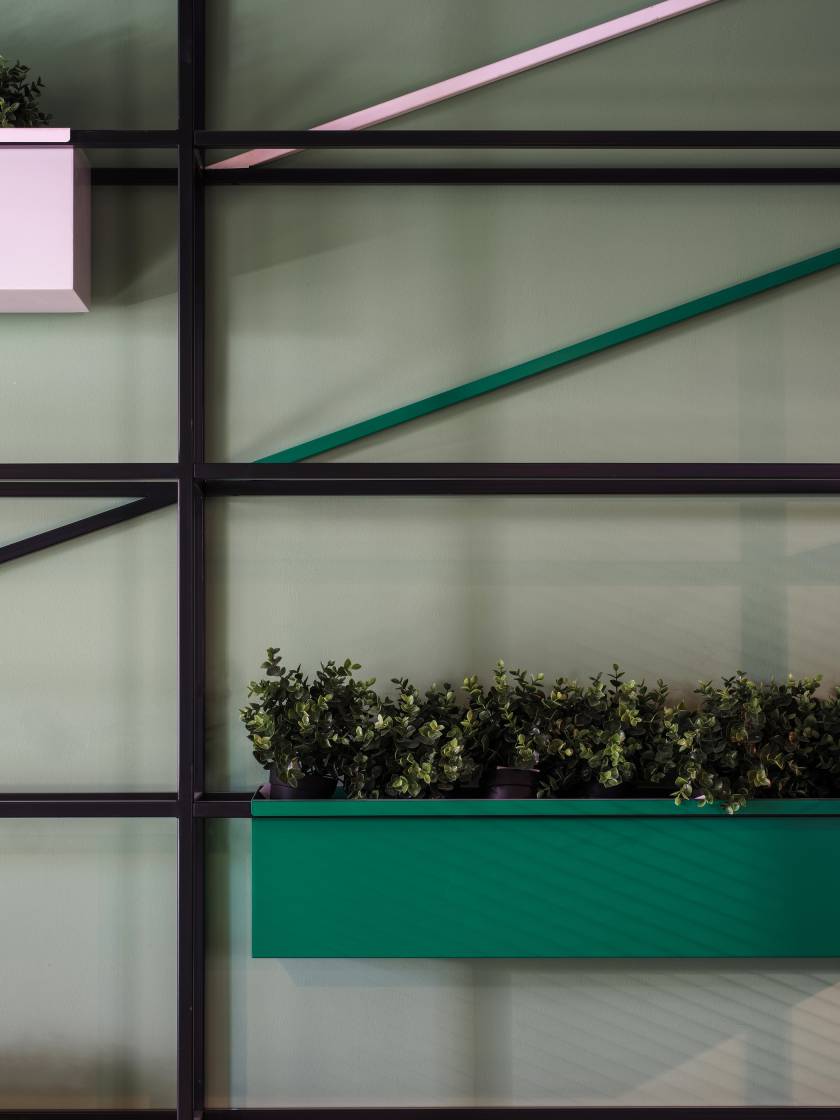 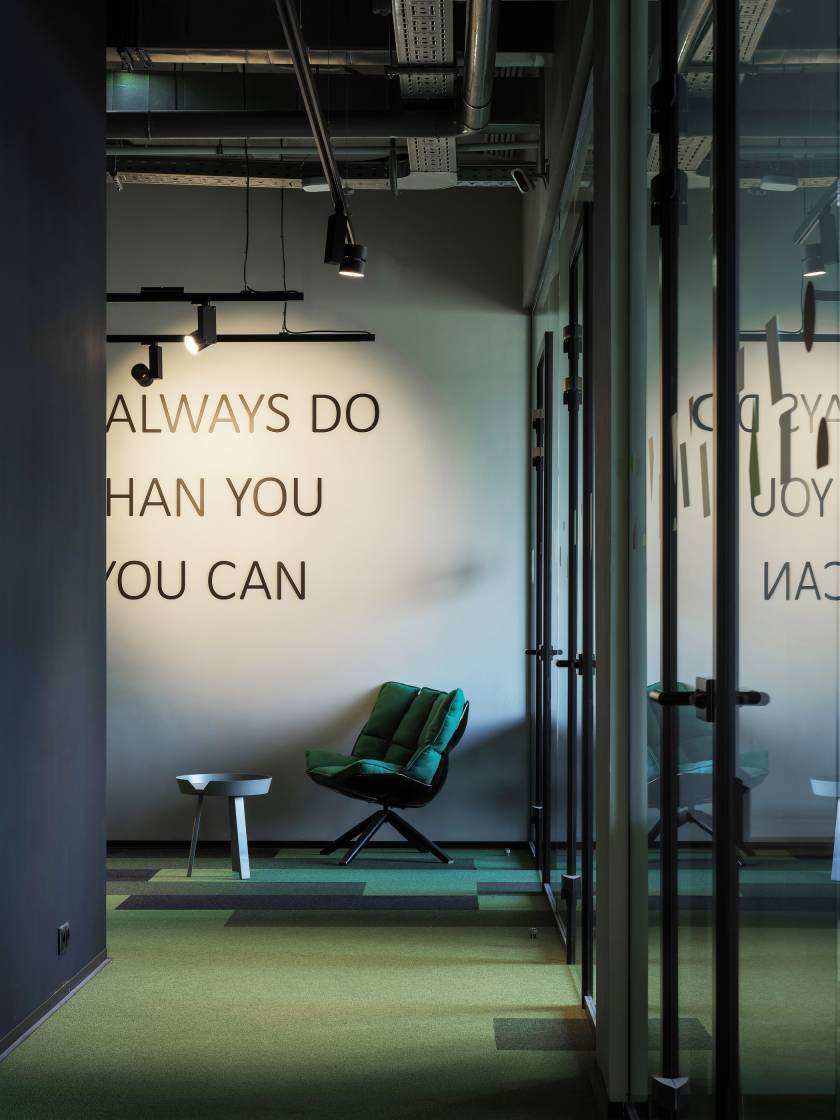 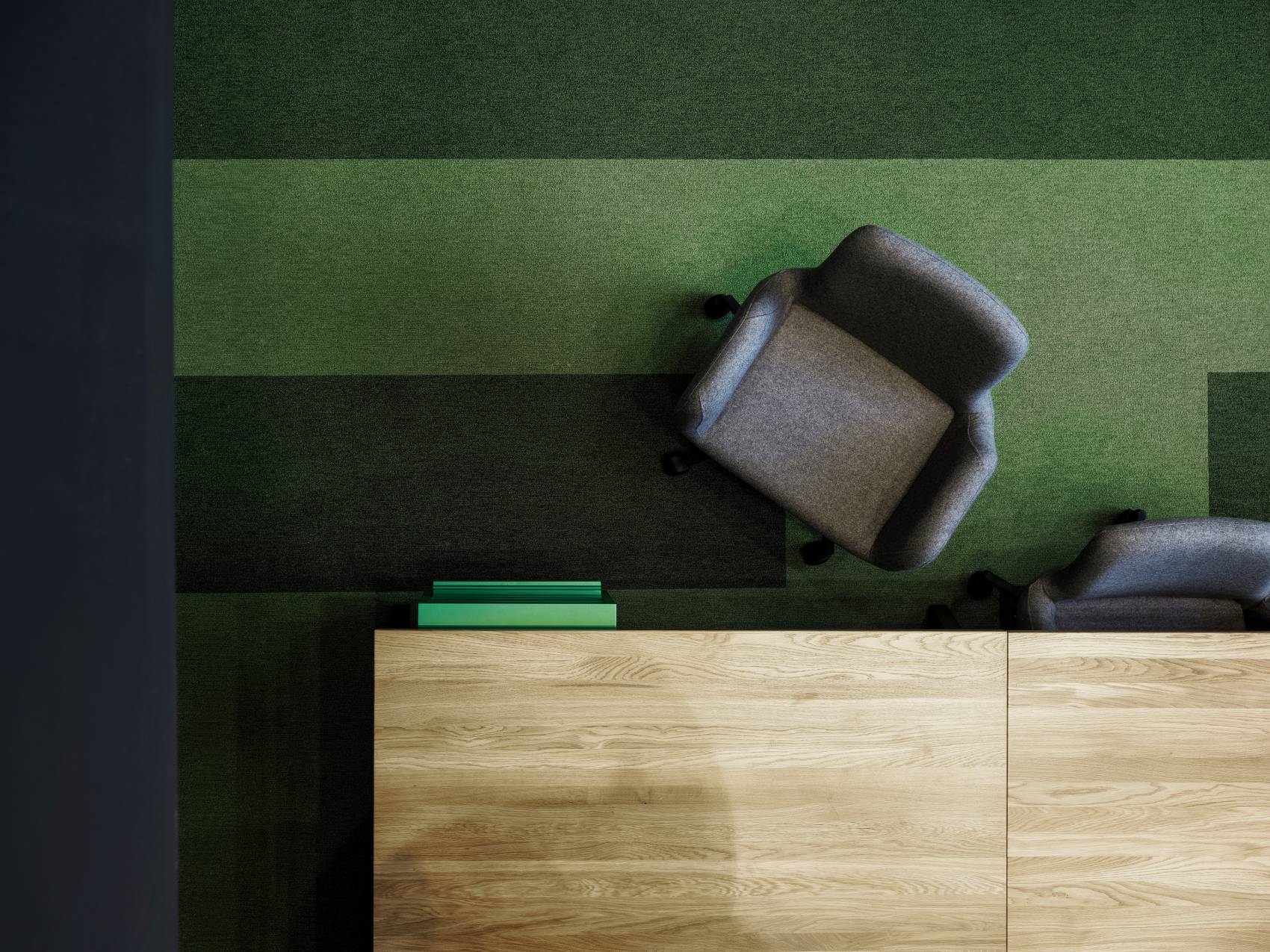 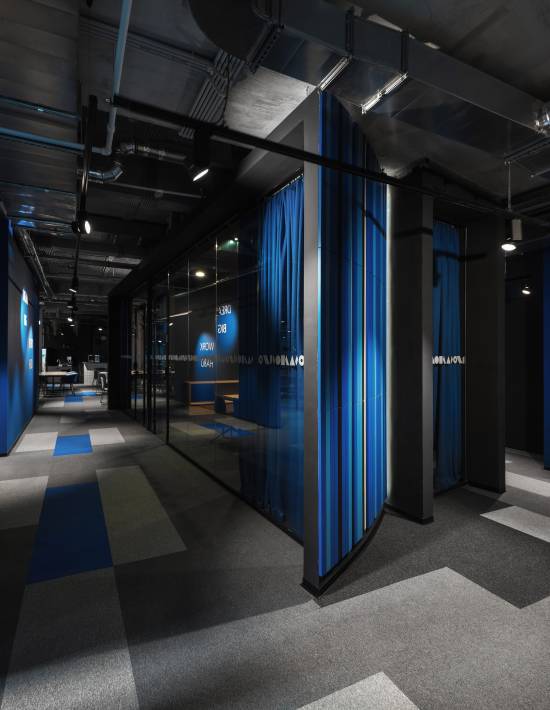 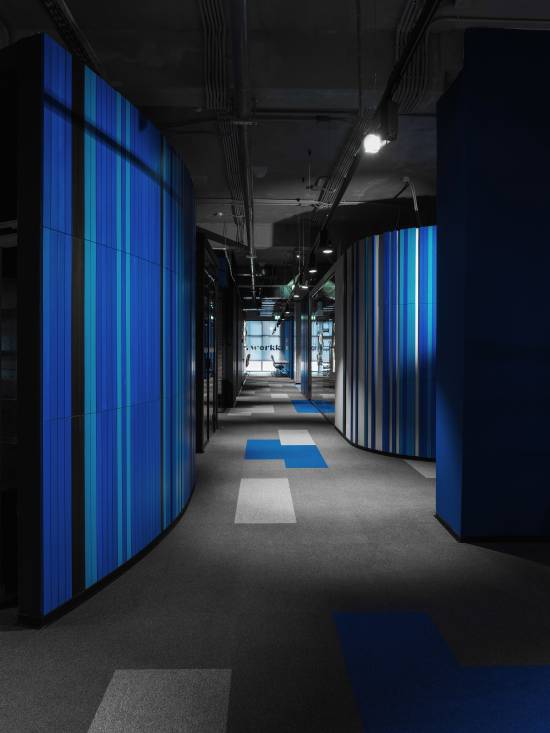 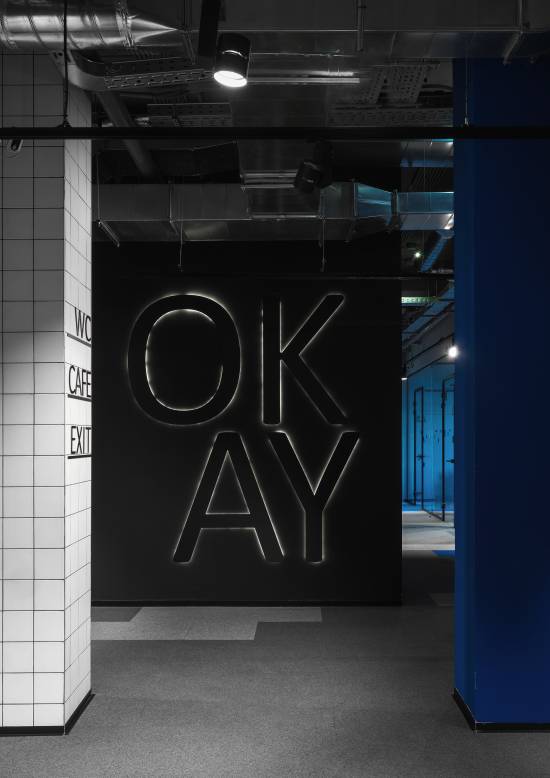 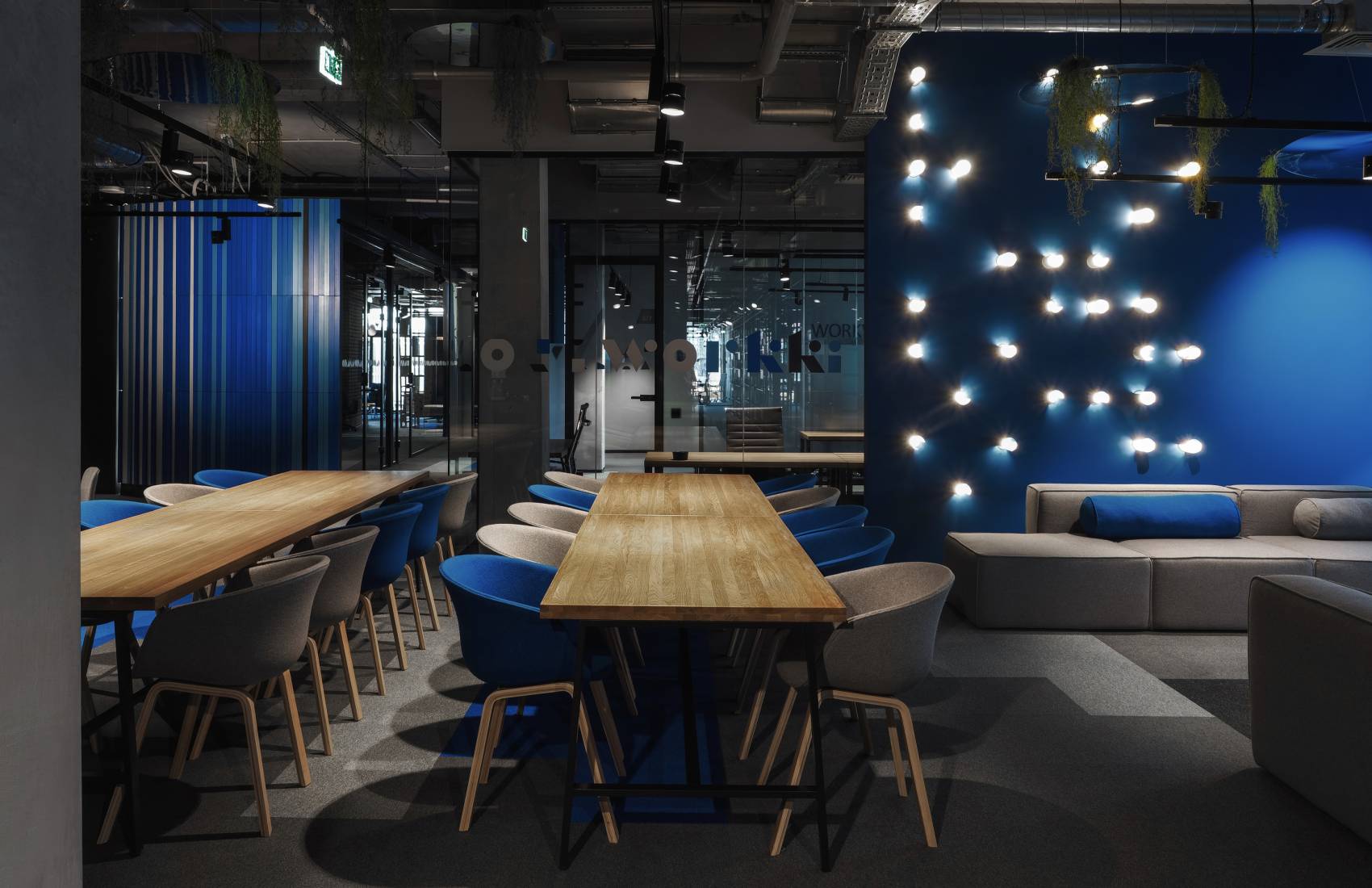 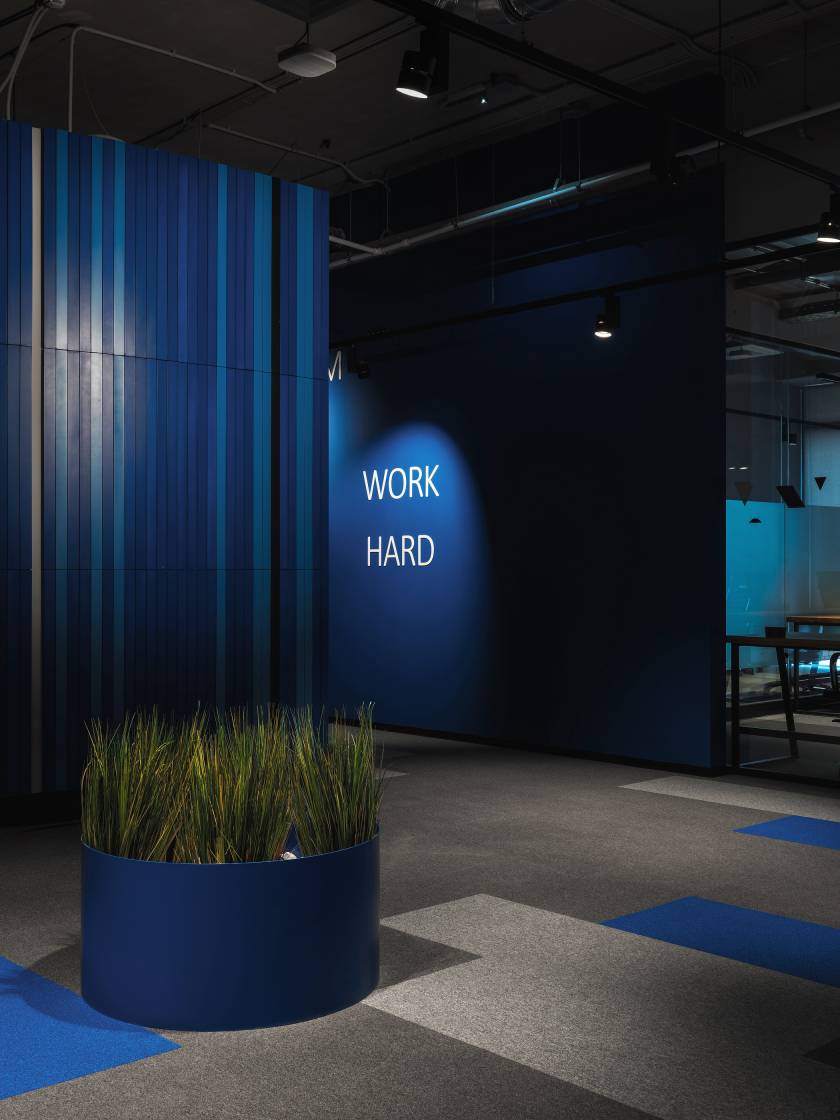 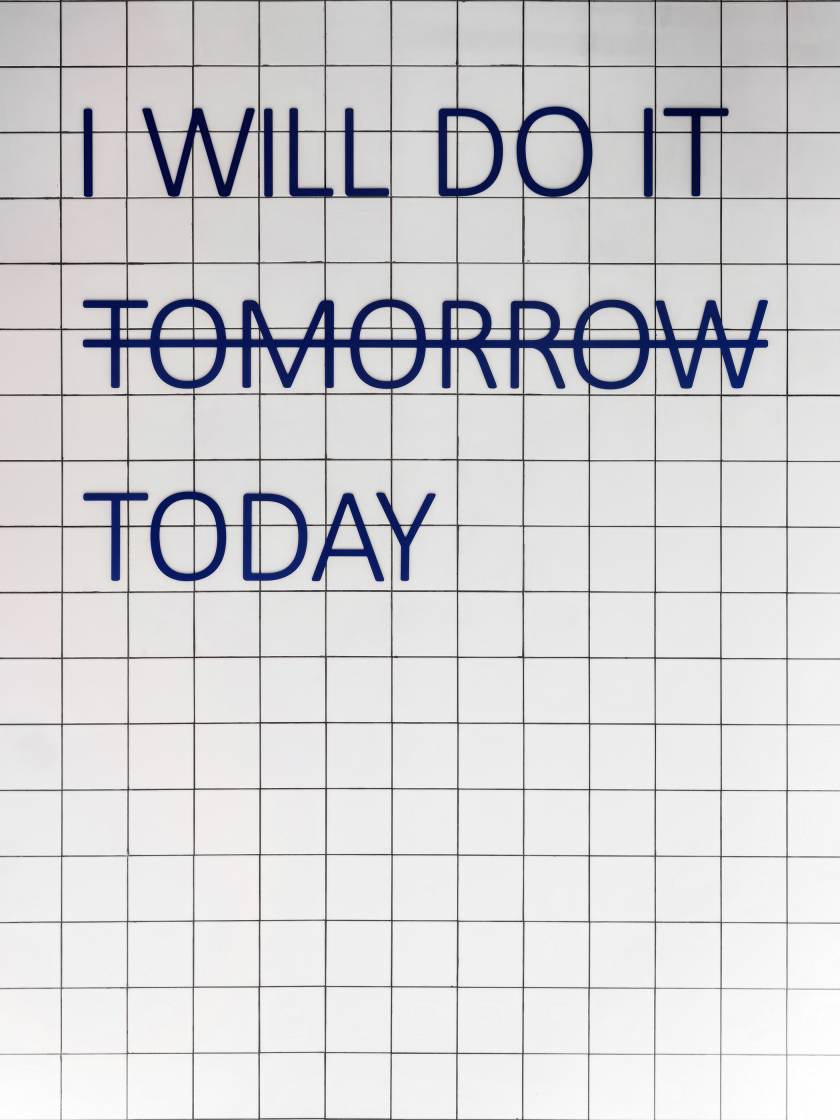 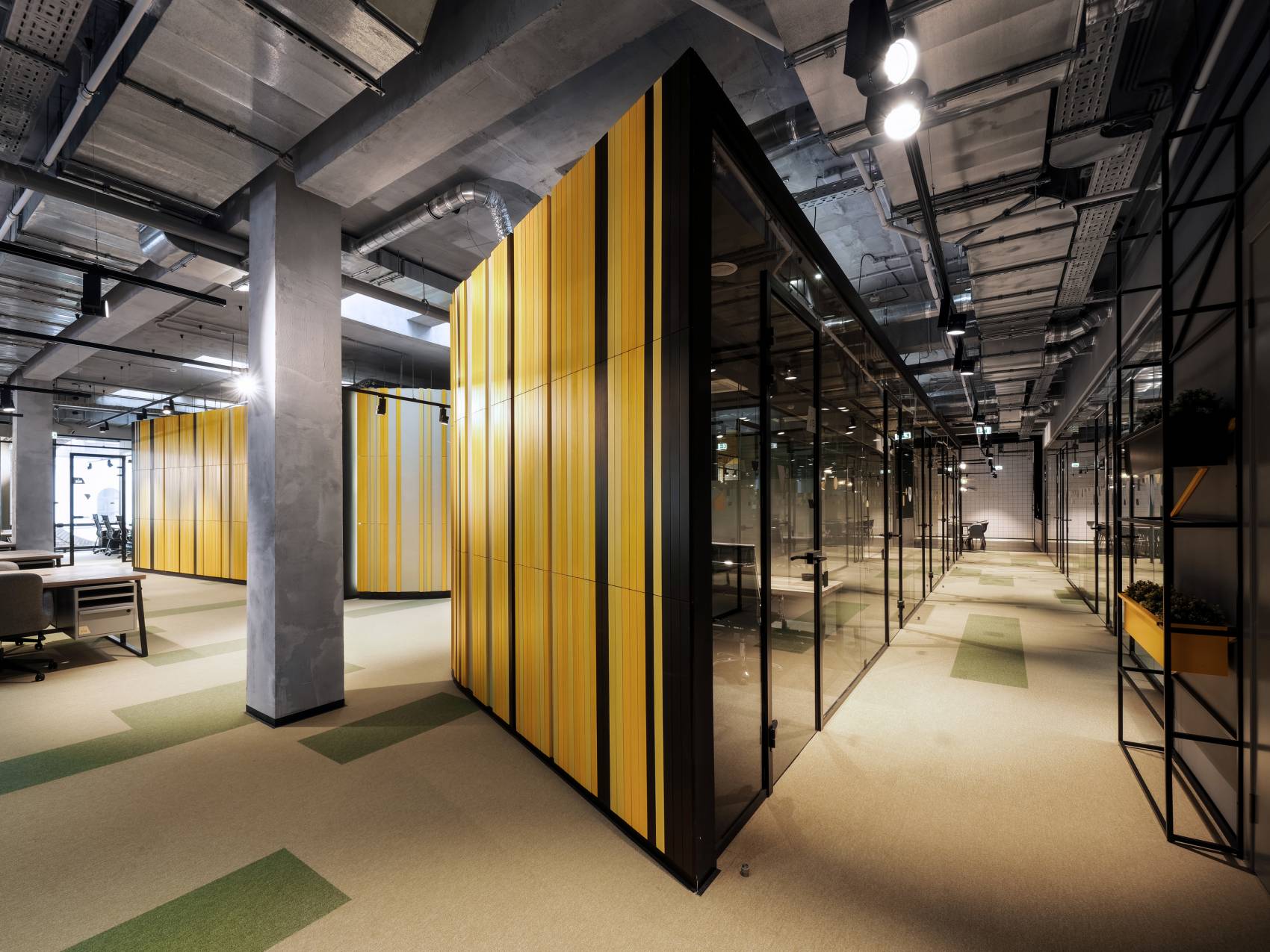 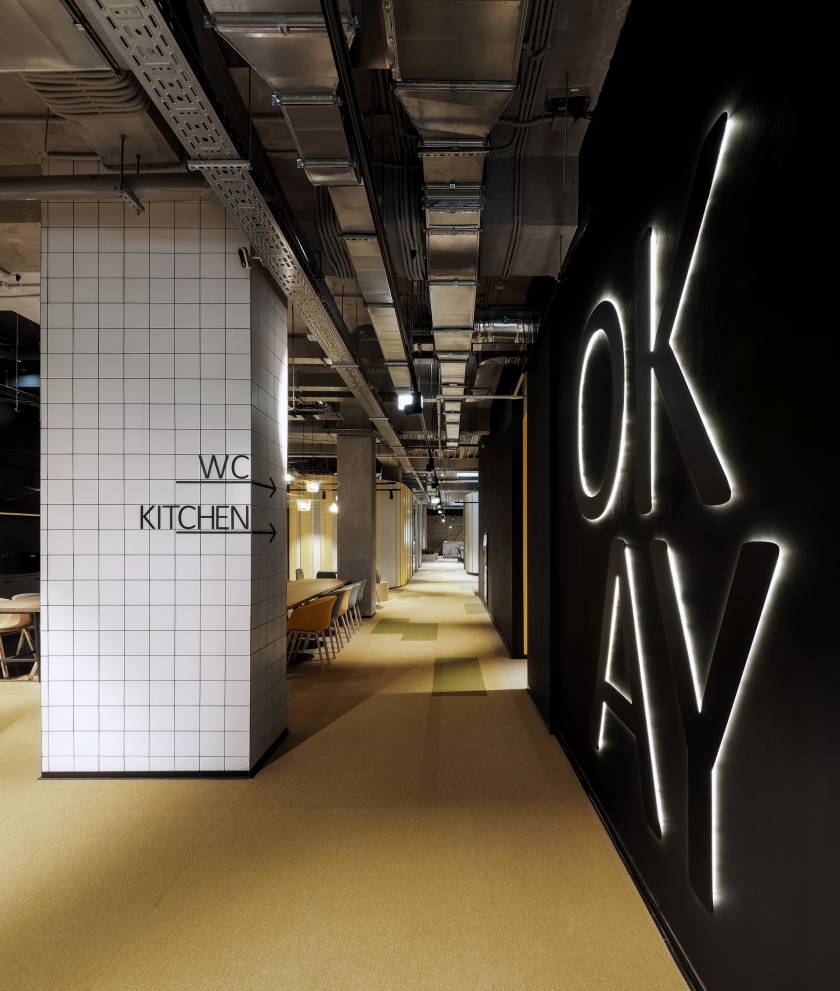 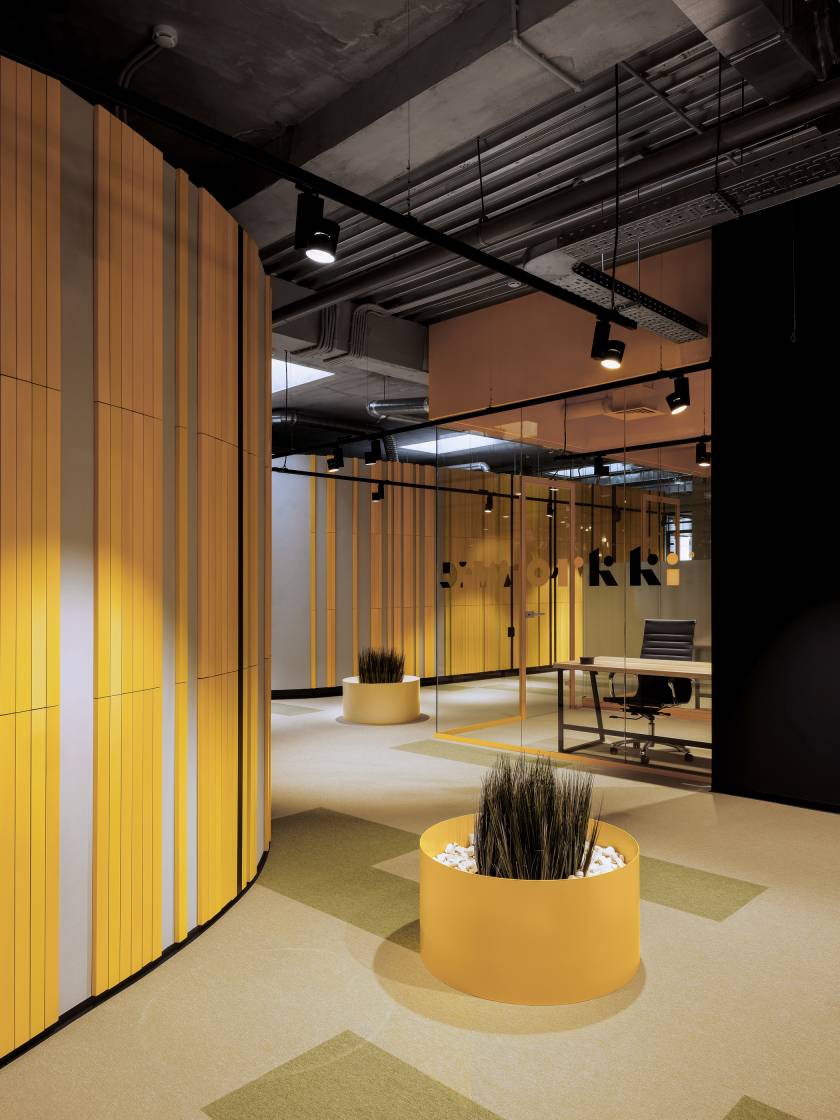 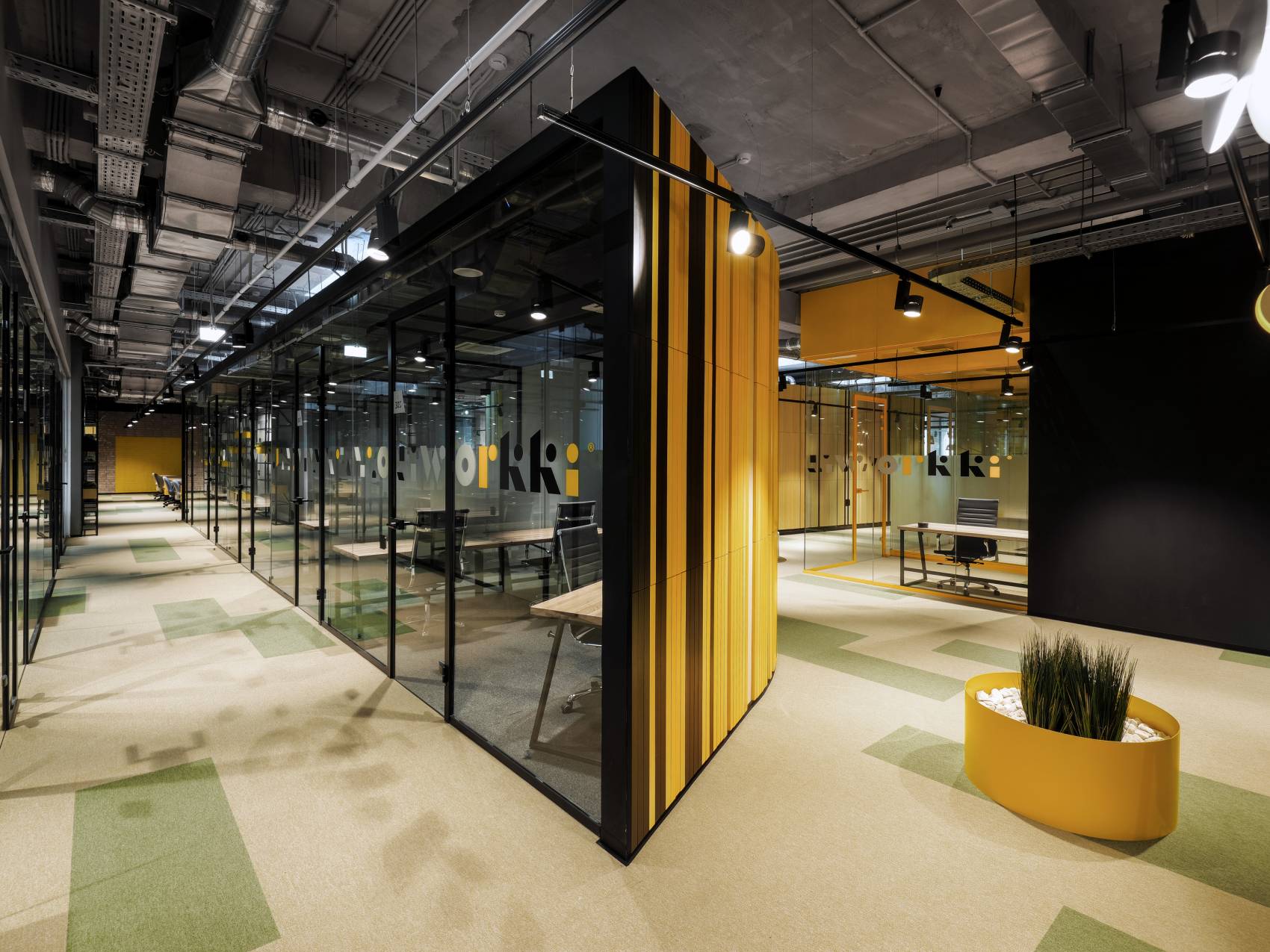 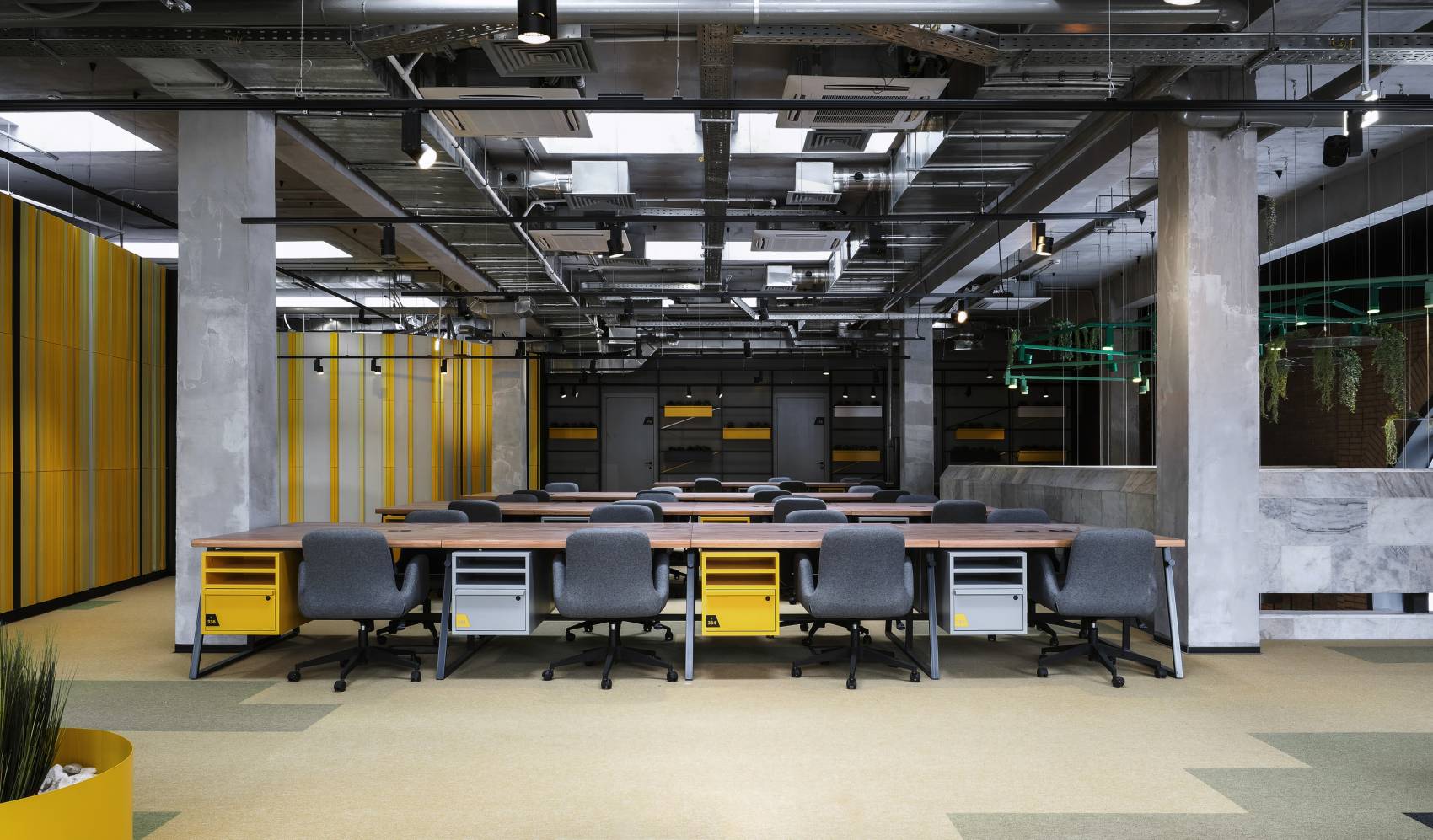 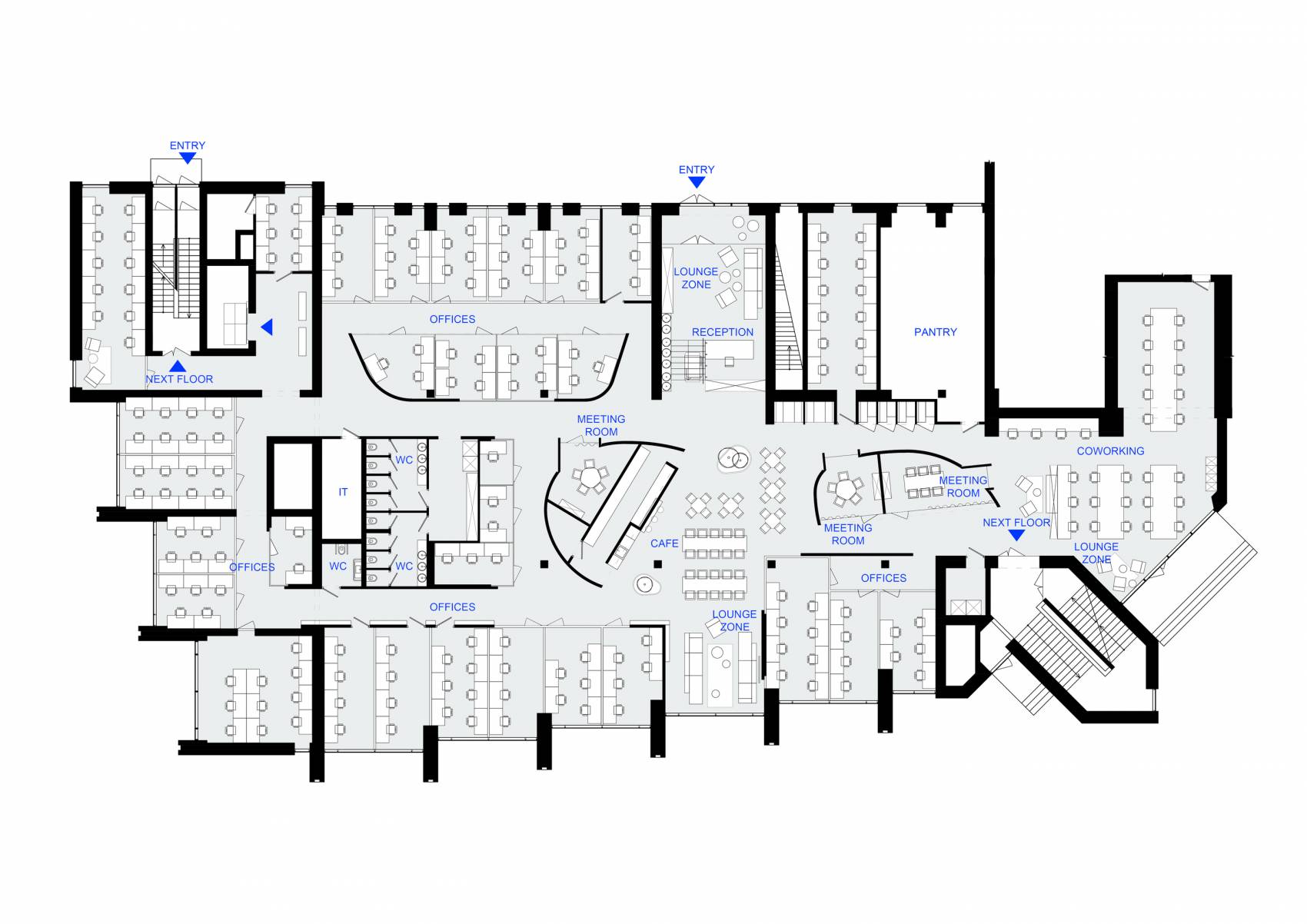 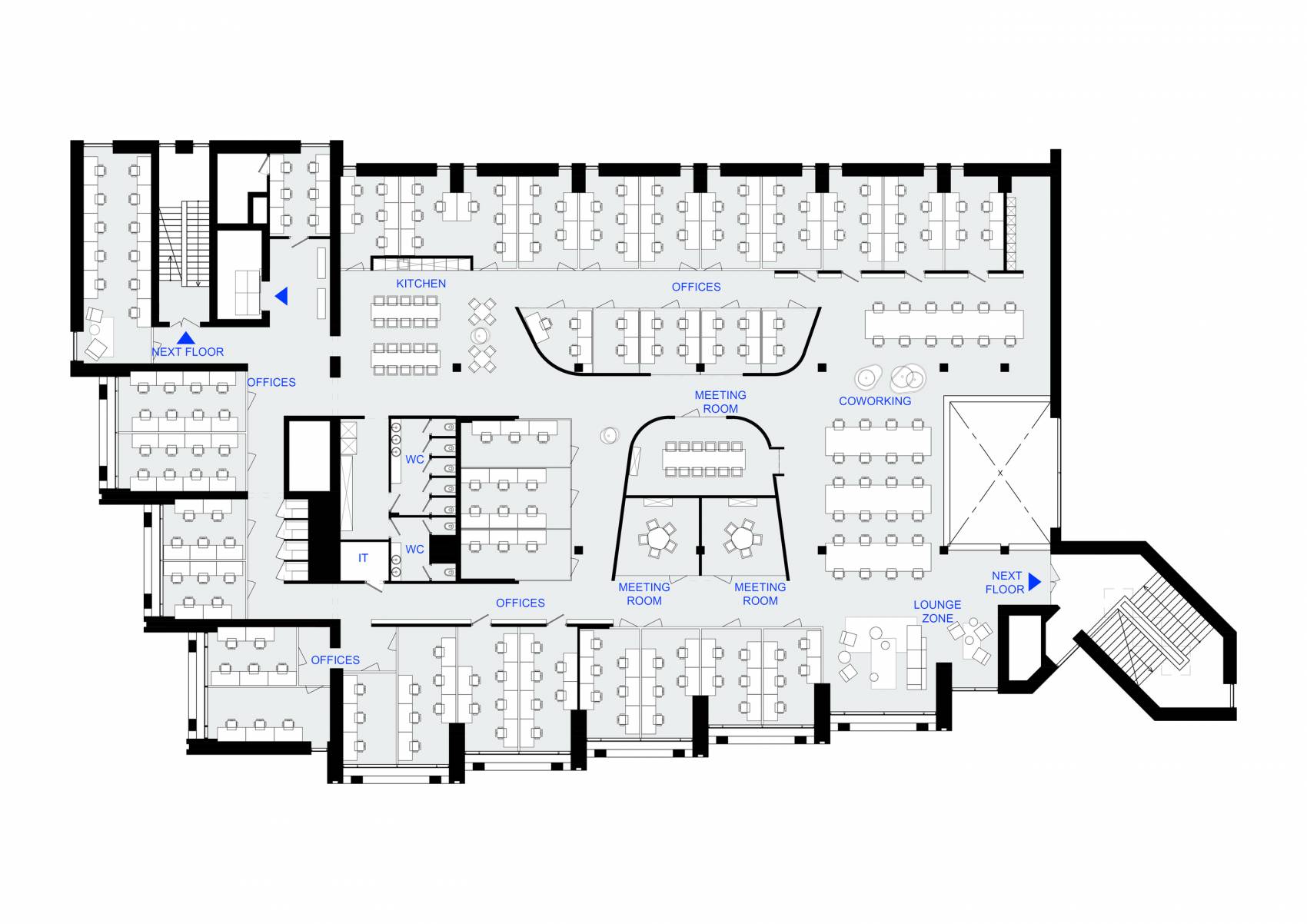 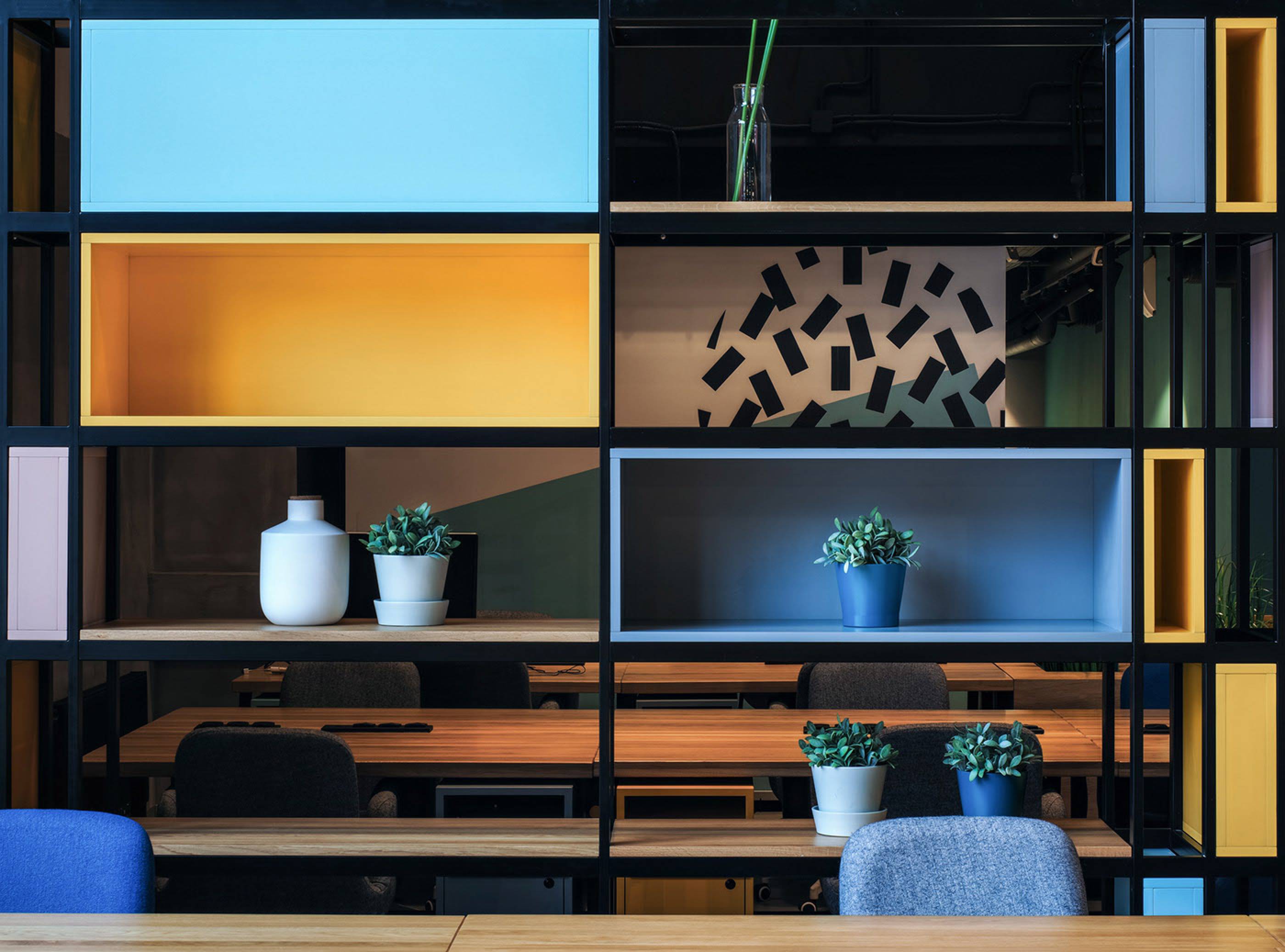